When I’m on vacation, I still wake up at 6:30am, stomach clenched and terrified that I’m late for work. Even after I remember that I don’t have to work today, my heart continues to thud, my hands cramp up, and that acid starts bubbling in my stomach, and I realize that although I might not have to go to work, my body is still traumatized by the thought and won’t let me sleep.

I don’t have to go back to work for six more days.

I took vacation because I turn 30 on Sunday, and if you’re an adult with a salaried job who doesn’t take vacation for their birthday, then I’m sorry, but you should be fired. From everything. I realize that my birthday is less important the older I get (after 25 you should feel lucky if anyone acknowledges it at all) and I don’t expect a weeklong extravaganza around it, but it’s nice not to have to worry about the single biggest stressor in my life, especially after yesterday, when I was pulled into another conference room and asked if I even wanted my job. Which I’ll talk about some other time, because if I do it now, the theme will be ruined and you might be able to see the hatespew rays from space.

For the past few years, I’ve said that I was going to spend my 30th birthday in another country. Probably European, because if you have seen me, then you know there’s no point in me going to a beach. I was still planning on this until December of last year, when Graham and I came back from Seattle and we (or at least I) felt weirdly homesick for a place I don’t even live in. That’s when we started talking about moving there, and I started remembering how expensive it is to move across the country. International travel would likely take a sizable piece of cash away from our plan, so I decided not to renew my passport (not yet, although it’s something I should really get on because it’s kind of embarrassing not to have one) and stay home, instead.

No traveling this year. Just a barbecue on Sunday, for which I’m still not done shopping. I did find this at Trader Joe’s today, though, which means that Nutella can finally go fuck itself: 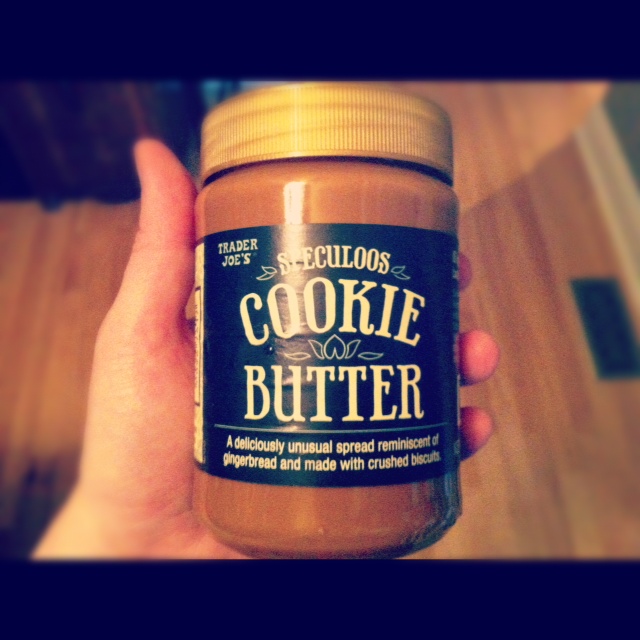 You guys. This stuff. I could find out tomorrow that people are an ingredient and I wouldn’t care. Quit being such a pussy, Charlton Heston! Speculoos Cookie Butter is delicious!

Also, I’m starting my ¾ sleeve tonight. I decided on jellyfish after seeing the Shedd Aquarium’s super cool jellyfish exhibit, and since I didn’t want a full-color storybook look like my ½ sleeve, I told my artist my general idea and he produced an Ernst Haeckel book. Ernst Haeckel was a German biologist and artist who was really into invertebrates and symmetry. Not everything is absolutely anatomically correct, but it’s really beautiful and had the scope I’d been envisioning. Also he was not a fascist, which is very important when you’re dealing with historical Germans.

It’s not like tattoos are cheap (they shouldn’t be, and anyone who tells you different probably has hepatitis), but they’re cheaper than Europe and there’s no exchange rate at Trader Bob’s.

I'm Erin. I have tattoos and more than one cat. I am an office drone, a music writer, and an erstwhile bartender. I am a cook in the bedroom and a whore in the kitchen. Things I enjoy include but are not limited to zombies, burritos, Cthulhu, Kurt Vonnegut, Keith Richards, accordions, perfumery, and wearing fat pants in the privacy of my own home.
View all posts by erineph →
This entry was posted in Art, I Eat, I Heart, Paychecks Are Important. Bookmark the permalink.
Loading Comments...
%d bloggers like this: