Minutes after the news broke about Amy Winehouse being found dead, I tweeted:

“It’s probably classier to be found dead in a London flat than in an American apartment.”

For the next five minutes, I watched other tweets appear in my feed describing Amy Winehouse’s death as tragedy, both because she was a talented singer and there is (allegedly) nothing funny about addiction. Now, I don’t frequently joke about drug addiction and I do agree that she was a talented singer, but a tragedy? Surely you jest. So I tweeted:

“Also, Amy Winehouse dying is not “tragic.” Tragedy is a bomb and mass shooting in Oslo. This was a statistical inevitability.”

Then I lost a few followers. Nobody I know in real life or any of the people I like enough to be bothered by their unfollowing of me, and really, it doesn’t upset me to know that there are a few less people in the world who are interested in my 140-character blurts of idiocy. Plus, I think what I tweeted was far more sensitive than what I was thinking, which was that Amy Winehouse was a poorly-parented idiot who led a toxic life marked by one really good album, and that anyone who calls this a tragedy isn’t paying sufficient attention to the rest of the world. I was also thinking that I’m really sick of actor-comics trying to tell everyone what is and isn’t funny. I mean, I’m sure there are funnier things in the world than wealthy drug addicts who spectacularly burn out in public, but there are way more funnier things in the world than making guest appearances on The King of Queens.

What’s funnier than both is the show I reviewed for KDHX last night.* The headliner was a lot better than I was expecting, but the two teenage opener bands from West County were hilarious in a wretched, soul-destroying, sound abortion kind of way. At one point, the lead singer of one band announced the name of a song.

Me: Did that kid just say “Boxing Uterus?”

Craig: Surely not…wait, is he old enough to know what a uterus does? 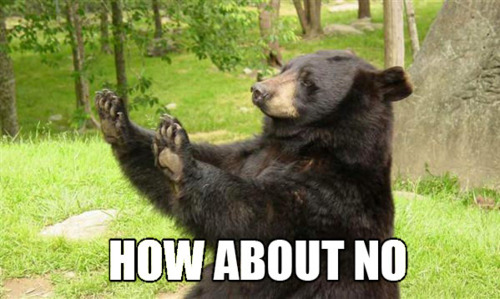 * The piece hasn’t been posted as of 2:43pm today, which is sort of strange but then I’ve never really submitted anything over the weekend before. I don’t know if this is because my editor just hasn’t gotten to it yet, or because a reference I made to Top Gun was too weird.

I'm Erin. I have tattoos and more than one cat. I am an office drone, a music writer, and an erstwhile bartender. I am a cook in the bedroom and a whore in the kitchen. Things I enjoy include but are not limited to zombies, burritos, Cthulhu, Kurt Vonnegut, Keith Richards, accordions, perfumery, and wearing fat pants in the privacy of my own home.
View all posts by erineph →
This entry was posted in Everyone Else Is An Idiot, Playlists, The Internet is My Boyfriend, The Pop Life, WTF. Bookmark the permalink.

7 Responses to Surely Not